This guide begins with a one-page version of the DeScriptors RPG rules, including the latest errata and updates for clarity. Then, three settings are presented, each one complete with an in-world introductory story, setting details, scenarios, and sample characters. All of this provides you with a complete gaming experience for the fast-playing, deeply narrative DeScriptors rules where no character ends a session unchanged!

Into Stormy Seas is a fantasy setting where the realms of faerie creatures touch on the material world, launching characters on adventures filled with whimsy, mystery, or even terror! Wonder and magic are everywhere, and bodies of water are the natural gateway to the unseen.

Small Gods is about a world not unlike our own, except that the godlings in charge of minor spheres of influence walk among mortals. They must gather energy from the emotions and objects affected by people in the normal world, and they can then use that to shape the infinite realms of the Otherworld. But there are dangers in the mists surrounding those imaginary realms, and working energy on Earth can awaken (or kill) normal folk...

Finally, there's the existential horror of The Keep. The characters find themselves in what's supposedly a pseudo-imaginary world being televised for entertainment. Only, the characters might be dead, and are locked into this horrifying game show trying to find keys to their memories, or those of other contestants. Facing monsters and a lot of suspicious information, it's up to them to determine if this is even real, and what the keys might really unlock.

DeScriptors: Realms Volume 1 is a complete diceless roleplaying game with three settings. It is also endlessly expendable when you pick up DeScriptors: Definitive Edition, which contains dozens of additional rules, options, variants, more example settings, a detailed guide for storytellers and players, and a full example of play.

In order to download this game you must purchase it at or above the minimum price of $1 USD. You will get access to the following files: 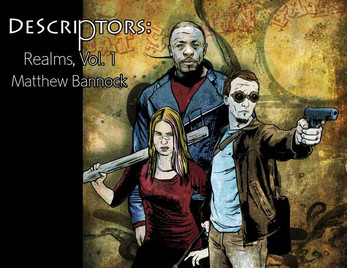 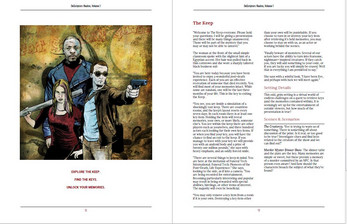 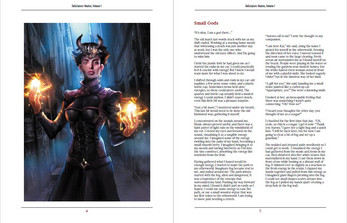